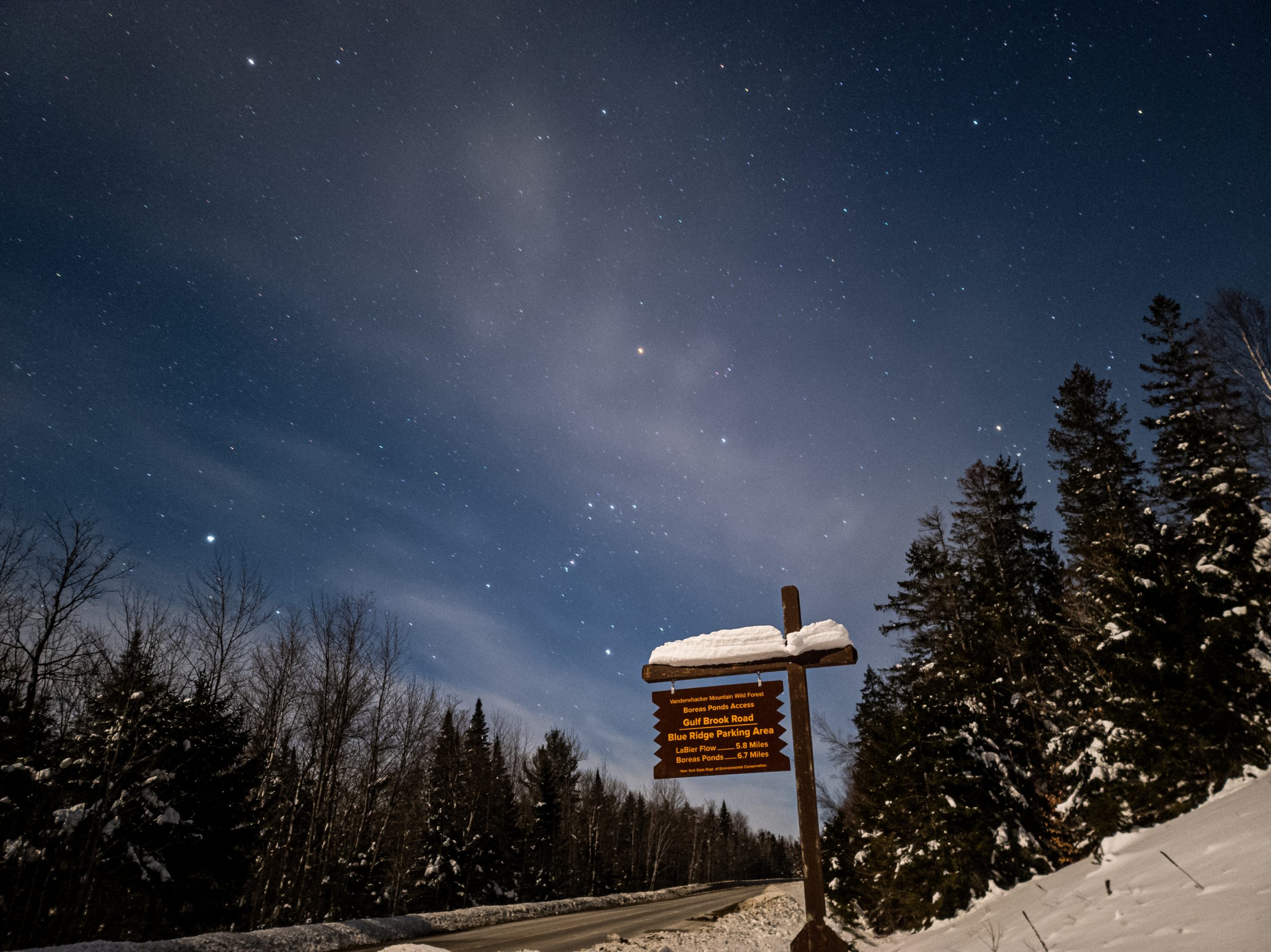 Hello, my name is Hyunjun Lim, and I am an occupational therapy student at Clarkson University. I came to the North Country from New York City and while the change of scenery is drastic, it has allowed me to become more active with one of my passions: night sky photography.

Since coming to Potsdam, I have realized the North Country has a clear sky without light pollution. I used to take night sky photos down in the city, but not as actively as up here. I normally take photos of nature and city views, but the clarity of the nighttime sky near Clarkson has let me focus on capturing the stars.

My interest in star photos began when my friend brought me to see the Perseid meteor shower four years ago. We went out at night to stargaze the meteor shower, and it was absolutely beautiful! I wanted to capture the moment that night and started learning about how to take night sky photos.

Now, I go out pretty frequently, probably every two or three weeks, depending on the weather and the phases of the moon. I can definitely sight stars near the Clarkson University campus, but I can only see the bright stars that have high luminosity. I love to capture as many stars as I can in my photos, so the best places for me to shoot are about a 30 minute drive from Clarkson’s campus.

Most of the time, I look for clear days so that I can go out to take star photos along with lakes around the region. Sometimes, I go out early before the sun sets so that I can get photos of the sunset and gradual sky changes.

Lately, I have been trying to take photos in some new and different locations. Some of my most recent adventures have been to Little Tupper Lake, Horseshoe Lake, Lake Ontario near Tibbetts Lighthouse, places near Henderson, Stark Falls Reservoir and any roads with no cars and nice nature views. I usually find places that have little to no light pollution on a map and explore that area.

Taking star photos is enjoyable because it gives me time to take a break from the busy weekdays. I find peace in gazing at the stars and taking photos of them. Also, the night sky is different each time I go out. It is beautiful to see more or fewer stars depending on the weather.

In the future, I hope to explore more some new areas where I can take photos. Once the Canadian border reopens, I look forward to traveling up north near La Sarre in Quebec to capture the northern lights.

My plans also include spending a night at one of the Adirondack peaks during the summer to capture the sunset, night sky and sunrise, while also taking in the beautiful scenic view of the Adirondack Mountains.

While stars are my main focus in my photography, they are not the only thing I like to take photos of! During the spring and summer season, I like to capture the blooming of the flowers. I’m looking forward to the Cherry blossom Festival in Washington D.C. area, and Lilac Festival in the Rochester region. If the Canadian border would open up in the coming up months, I would like to attend the tulip festival in Ottawa.

I’ve included some more of my photos here below. I hope you enjoy them as much as I do! If you want to see more, I post lots of my photos on my Instagram, so send me a follow request @hyuneda!