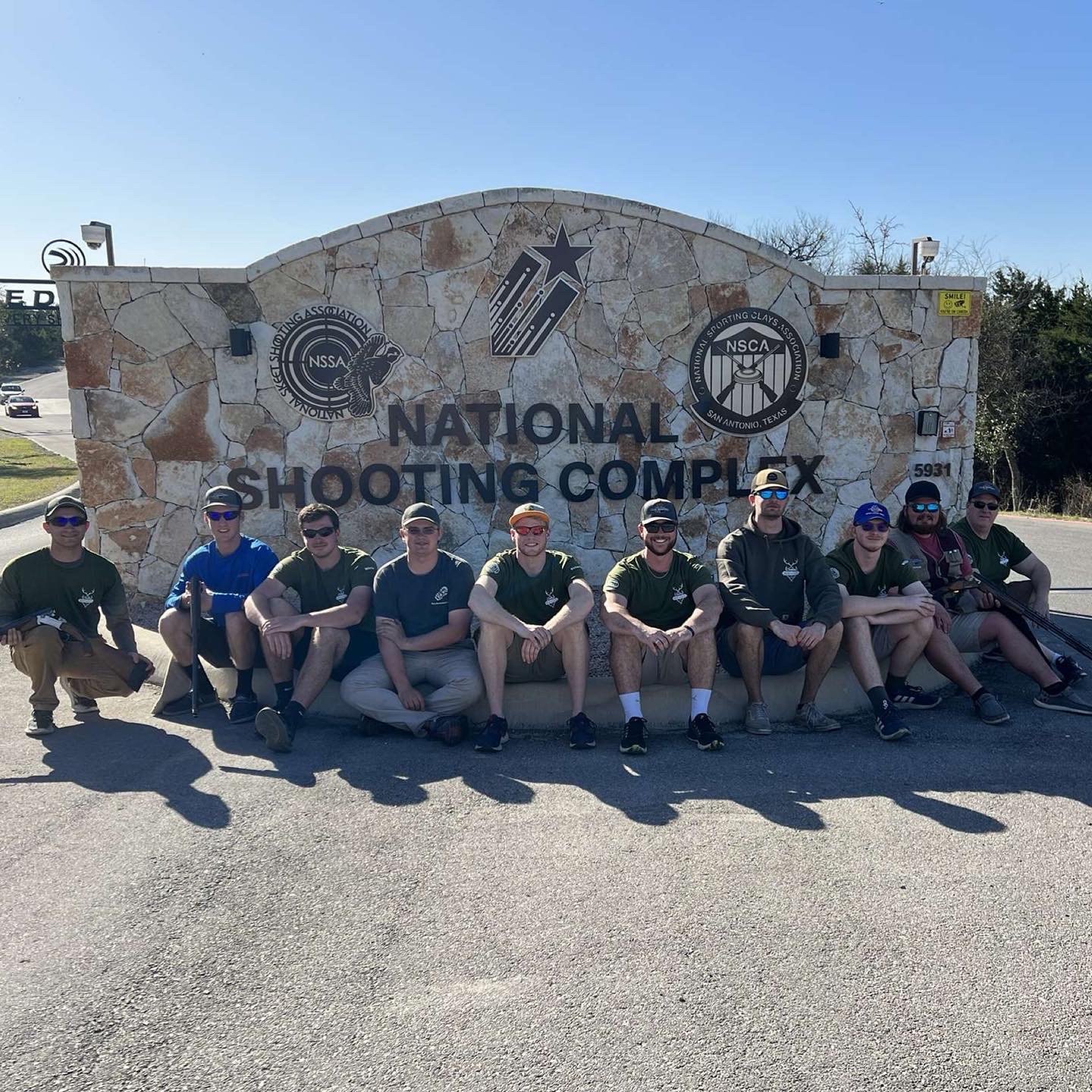 Clarkson Rod and Gun Club is a young club filled with a collective of passionate outdoorsmen and women, all focused on educating and giving opportunities to all, no matter their experience or skill level.

My name is Ian Bennett, a junior here at Clarkson studying Psychology, and the sitting President of Clarkson Rod and Gun Club.

I came into this club at the beginning of my sophomore year when I was moved into Clarkson Rod and Gun Club designated housing at the Riverside Apartments. This is where I met the President, Vice President, and Secretary of the club, which I had no previous experience with. I have had experience and interest in hunting and fishing as I grew up with many of those activities back home in Northern Vermont, so this seemed to be a perfect fit.

During my time with this group, I was able to see and participate in many of the amazing outdoor opportunities in the St. Lawrence County area. Everything from the waterfowl opportunities in the fall along the St. Lawrence river to the trout fishing in the Spring. The members of the club ignited a love for sharing the outdoors that I was unaware I had until I was part of the Clarkson Rod and Gun Club community. This has pushed me to pursue the leadership roles I hold today in the club, and I hope to inspire the same energy and enthusiasm for the outdoors that I found during my time at Clarkson.

The Clarkson Rod and Gun Club was founded in the spring of 2017 by a group of passionate outdoorsmen that desired to bring a community of sportsmen and women together on the Clarkson campus. The current Dean of Students, an avid outdoorsman himself, was willing to back the idea as their advisor and remains our advisor and one of our biggest supporters to this day.

The beginning of the Rod and Gun Club started with events such as firearm safety seminars, game calling workshops, and the annual ice fishing tournament that we now hold every year to support the Wounded Warriors Outdoor Adventures. The club also began to provide an inventory of outdoor equipment that any dues-paying member can access, which was donated by the original board members. Lastly, the original board worked with the local Potsdam Police Department to secure firearm storage for students that wish to bring their guns to Potsdam.

The Clarkson Rod and Gun Club took off, growing to over 100 members in its first year. With the club growing to the size that it did, in 2018 the board was able to secure funding from the Clarkson University Student Association (CUSA) which allowed the club to expand its inventory of equipment and drove engagement within the club. The club has since further increased its inventory with further funding from CUSA and our alumni donations.

The Clarkson Rod and Gun club is built on a passion for experiencing and sharing the experience of the outdoors and still remains that way today. The club has a network of passionate outdoors people in all aspects of skill level and experience that are happy to share their knowledge with anyone that asks.

Many of our members and alumni can present new and unique hunting and fishing opportunities for members that are active and interested. Our members are located all over New York State as well as across the country. Asking the right people can bring new passions and opportunities to the table as the club did for me. The club’s extensive inventory of outdoor equipment also allows its members to participate in activities they may be interested in but didn’t have the gear or means to do themselves.

The club’s inventory removes the financial roadblock many of these activities have to enter and allows anyone to have the same outdoor opportunities when coming to Clarkson as the members who have been participating in these activities all their lives. If you ask around the club, you’ll find that many of the members are fresh to many of the experiences that the north country has to offer in terms of conservation.

The biggest effect the club has on its members is broadening the experiences and passions they have for the outdoors. Many come in with an already existing passion but are able to find outdoor activities that allow them to become a more active conservationist. Our biggest goal is to be able to give students at Clarkson access to the tools and knowledge to experience the outdoors and be able to sustainably harvest from the greater St. Lawrence County area.

Many of our members are already passionate shooters and actively come and shoot when we have the opportunity at the local shooting club in Massena. An official competition team was created just a few years after the club was created.

The Clarkson Clay Shooting Team is a small team of competitive shooters that compete at Division III ACUI collegiate clay shooting events. This team brings a lot of great opportunities, excluding the improvement in shooting ability that comes with joining.

The team currently travels to Maryland every Fall for the ACUI Regionals to compete next to other collegiate teams from across the East to qualify for the National Championships in the spring. A team of our best shooters is sent every year to Washington D.C. where they stay and compete for the duration of the event while being able to enjoy what the United States Capitol has to offer. In the first year of the team’s existence, the team has qualified for the National Championships, as well as had one team member qualify for the Olympic trials.

Once the team has qualified for the ACUI National Championships, the preparation begins for the team to travel to San Antonio, Texas to compete alongside other Division III schools, and see some Division I and II shooters. The opportunity for travel that the team brings is an invaluable experience, I recommend you don’t pass up if you have an interest in shooting. Many of our members of the team had little or no

experience with competition shooting at the college level until they joined the Rod and Gun Club. The passion for shooting and drive to learn the sport is enough for anyone to succeed in the team.

Being in a position of leadership in the Clarkson Rod and Gun Club, I can’t help but look to the future environment of the club. As a board, our hope is to continue to nurture the network of outdoorsmen and women that this club has created in such a short time. Keeping the foundation of a dedicated conservationist is my top priority for accomplishing future goals.

We hope to be able to host more trips next year in order to bolster a new generation of conservationists and get more of our members together outdoors.

As for the Clay Shooting Team, we hope to foster more interest and recruit experienced and inexperienced shooters to compete in both regionals and nationals next year, and potentially other events in between. Our hope for the team in the future is to have a well-kept and talented group of shooters to grow the name of Clarkson University in the space of collegiate clay shooting alongside big names in the sport such as Texas A&M and Virginia Tech.

If you’re interested in more information about the Clarkson Rod and Gun Club our contact information is below:

My name is Ian Bennett, I'm a junior here at Clarkson University. I'm also currently the President of the Rod and Gun Club here on campus, I also participate in Clarkson's men's rugby as well as the Clarkson Clay shooting team. Some of my favorite activities during my free time are exploring the outdoors and fishing when I get the opportunity. View all posts by Ian Bennett