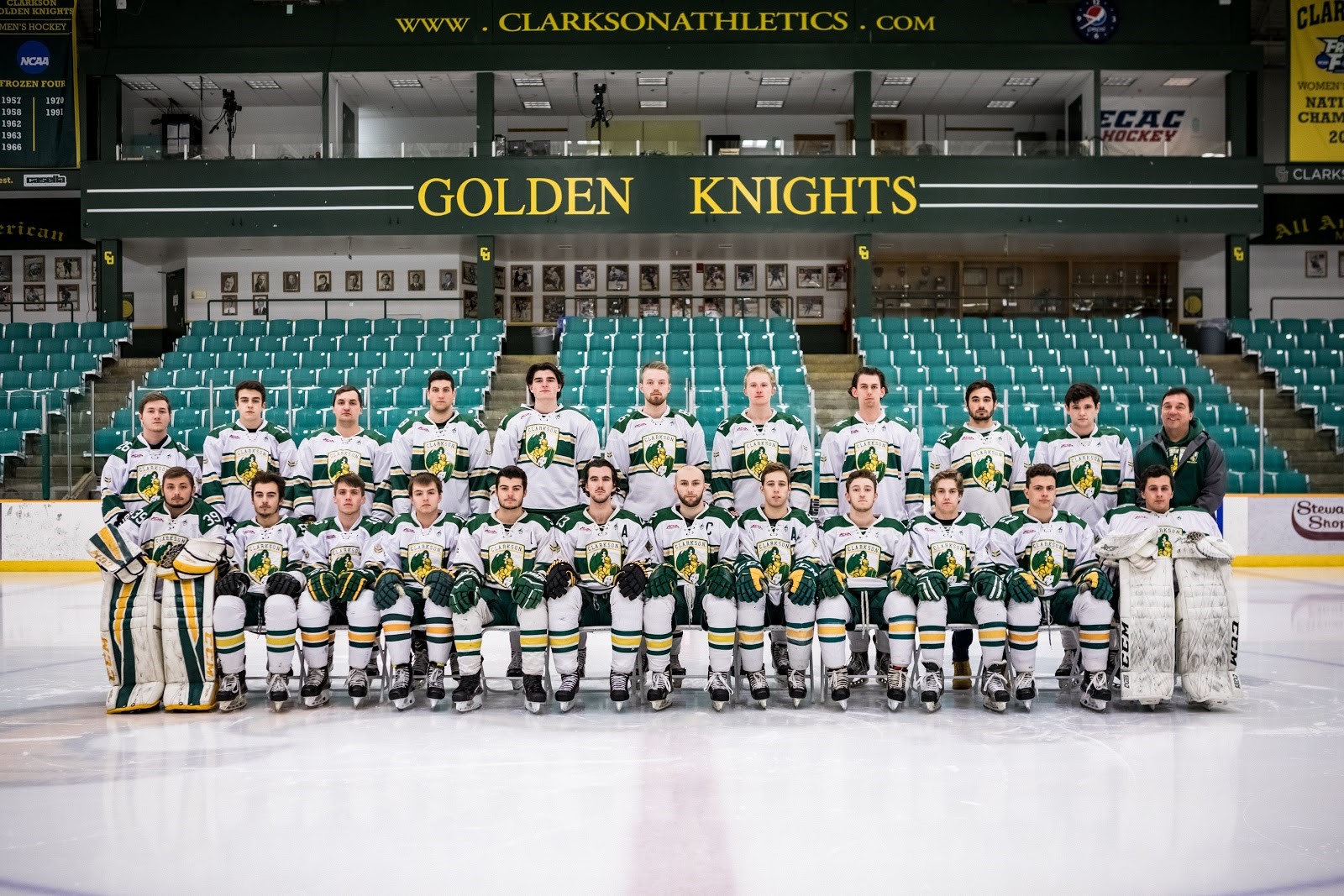 Clarkson University offers a wide range of some 250 organized clubs that anyone can jump in and get involved with. When coming to Clarkson, I knew I would want to be involved in some kind of club, and that ended up being club hockey. I’ve loved to play hockey since I was a little kid, and having it available at Clarkson has allowed me to build great friendships over the two years that I have been here.

My advice for incoming first-year students is to keep your options open – because you’ll never know if you like something until you try it. There will be flyers about certain clubs hanging up around campus, and there is an event at the beginning of the year where you can sign up for any of the clubs that you would like to join. Students are highly encouraged to visit the activities fair to see what is available.

Importance of a Team

In my opinion, being part of a team game has a major impact on personal growth because you are learning to communicate effectively with others and to work with others to achieve a common goal.

In order to be part of a successful sports team, you need to have good chemistry with your teammates. We make everyone feel welcome, and we hold many team-building events so we can all get to know each other — outside of just playing on the same ice together. This really helps us click as a team and allows us to make first-year students feel welcome as they start a new beginning at Clarkson University.

Something I have noticed while playing any kind of sport is that it allows your mind to go to another place, relieving any kind of stress that you may have. Sports have acted as an “escape” from reality for me, and I see it as an essential part of my life. Playing hockey also allows you to stay healthy and active. These are the reasons why people should continue to play sports when they enter college.

What Is Causing the Attraction?

Club hockey at Clarkson has become very competitive since recently joining Division 2 ACHA (American Collegiate Hockey Association). The is a national non-profit corporation that serves as the governing body of varsity and club-level ice hockey for colleges and universities in the United States. Clarkson is in UNYCHL, the Upstate New York Club Hockey League, which includes twenty other teams. The teams that win their leagues have a bid to the national championship, which was held in Frisco, Texas, last year.

The ACHA is becoming a big deal for colleges. Some hockey players, who do not get recruited for Division 1 or Division 3, still want to play hockey in college, so they might apply to a school that is part of the ACHA, which is still pretty competitive. Players all over the United States who want to keep playing hockey competitively have been sending coaches their game films and/or stats so that coaches can decide in advance if they would make the team as first-year students. Some incoming students, who are interested in playing, contacted our coach and manager to talk about the league and to ask any questions they have before they get here.

In our inaugural season in the ACHA, we ended up losing in the semifinal game of our league, which is pretty impressive. This past year was a little disappointing because we lost in overtime to Union College in the first round of playoffs.

How Long Does the Season Last and How Many Games Do You Play?

This past year, we had multiple skates after the first week of September that were open to anyone who wanted to come skate and/or eventually try out for the team. Our tryouts began in mid-September in order to get the season going early. Our first game was on September 29, but that varies depending on the schedule and who we play throughout the year.

Typically our season runs from mid-September to March, so it’s a lengthy season. We play about twenty games per season – more if our team makes the playoffs.

If you make the team, there is a required fee to cover the cost of ice time and hotels for away games, as well as to purchase our jerseys and socks. It’s no secret that hockey is one of the more expensive sports to play because there is a lot of equipment that you must buy.

How Often Do You Practice and Play Games?

Our team practices about two times per week, typically on Tuesday and Thursday nights. This past year, we had practice at 8:30 p.m. on Tuesdays and 9:30 p.m. on Thursdays. We have games on the weekends. On average, we have two games per weekend, but that can vary depending on the schedule.

We do not schedule any games close to first semester finals week or during any breaks. We want our team to have a school-first mentality; education always comes before sports.

It’s important that players are able to manage their time in order to finish their school work. Our team encourages players to finish homework and study for exams before they come to practice; they will not be penalized for missing a practice or game if they are busy with school work. Because of our schedule — we do not meet often — players should be able to manage their time quite well.

Club hockey has had a positive impact on my life because of the close friendships I have made while playing the sport that I love. Having great relationships off the ice is just as important to us as having great on-ice relationships. This is one of the reasons we have been successful in our first two seasons in the ACHA. The group of guys that I played with have become great friends of mine, and I am glad that Clarkson Club Hockey was able to give me that opportunity.