There is a wide range of diverse people here at Clarkson. There are those who love the outdoors, some who love video games or anime and people interested in the theater! There are many clubs and activities at Clarkson that make it unique and loved by many. It may seem hard to find your place at Clarkson if you do not like the outdoors as much as others, but, believe me, there’s a place for you!

As you began looking at Clarkson and the surrounding area, you probably noticed that many of the available leisure activities involve being outdoors. But there are plenty of other options for those who aren’t outdoorsy types! Whether you are interested in video games, anime, music, theater or something else, there are things for you to do here! Clarkson also has variety of clubs to match your interests, and they are all very welcoming!

Here’s a list of local activities that you may not have thought you’d find in Potsdam. 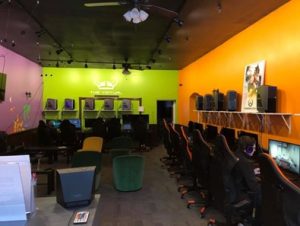 The Virtual is an internet cafe located on Market Street in downtown Potsdam. At The Virtual, you will have access to a wide variety of VR, PC and board games, as well as Xboxes, PS4s and much more! The Virtual is open Monday through Thursday from 3-8 pm, Friday from 3 pm-10 pm, Saturday from 12 pm-10 pm and Sunday from 12-8 pm. So, if you don’t like staying in on the weekends, or going out, you’ll find the perfect hang out at The Virtual, which hosts PUBG tournaments and has private theaters and gaming rooms!

Tim’s Comic & Game, also in downtown Potsdam, has a large variety of comic books and board games — all for affordable prices! There are fun promotions, like Free Comic Book Day and holiday promotions, and you can also pre-order new releases of popular games! If you’re a board game lover like I am, then you’ll find plenty of board games to pick up and bring back to your dorm to play with friends!

Gamer Craze, in Canton, New York, is a short drive from Clarkson. Gamer Craze provides a large selection of entertainment options, such as toys, board games, video games and hobby stuff — all at a great price. Also, weekly event calendars are posted on Facebook for almost 2,000 followers. Events include board game nights, free play, Yu-Gi-Oh tournaments and many others. Gamer Craze also held a charity stream to raise money for the Potsdam Snack Pack Program and raised over $1,500! If you like to support businesses that do charity work for their community and if you like board games, card games or videos games, then you’ll fit right in at Gamer Craze!

MUSIC
Brick & Mortar Music, in Potsdam, has a wide variety of instruments for sale or rent — from ukuleles and kazoos to electric violins and guitars — as well as method books and accessories for your instruments. The shop has an awesome downtown location that gives off a really cool vibe, but there is also an online store if you can’t make it in. I have 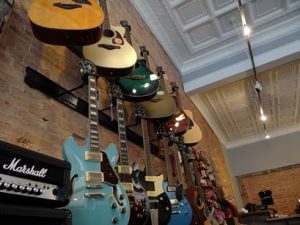 accompanied friends here quite a few times and have always been impressed with the setup and decorations, as well as the welcoming atmosphere. The staff is always helpful and knowledgeable when dealing with purchases and repairs, and the prices are affordable — even for college students. Even if you aren’t musically inclined, as soon as you walk into Brick & Mortar Music, you’ll want to pick up an instrument and start learning!

The Orchestra of Northern New York (ONNY) has provided the North Country with 29 years of entertainment and opportunity and has performed over 300 concerts. While it consists of many professional musicians with extensive backgrounds in music, it also includes a few apprentices from SUNY Potsdam’s Crane School of Music. Concert tickets cost only $10 for students 18+ (free if you are younger). ONNYs Independence Day concert, American Pops and the Silver Screen, will be performed on July 2 in Hosmer Hall at SUNY Potsdam, and again on July 3 at Thompson Park in Watertown, New York.

LIVE ADVENTURE & PAINTBALL
Tactics: Live Adventure and Escape Games, located on Market Street in downtown Potsdam offers four game plays. There is a 10-minute escape room for beginners. The next level of difficulty is found in Jail Break, where players are set up for crimes they didn’t commit. The last two games — Art Heist and Outbreak — have advanced difficulty levels. Not only is this a super unique and cool experience to find in Potsdam, but Tactics also takes Knight Card!

Horsefeathers Paintball is a two-minute drive from campus. There are two fields to play on and many packages to choose from, including group rates and rental equipment. By appointment only, so make sure you call ahead to book your spot!

TATTOO & PIERCING SHOPS
If you enjoy an adrenaline rush — and don’t hate needles — Potsdam has quite a few tattoo and piercing shops downtown! Now we’re definitely not encouraging you to go out and get tattoos and piercings, but, if that’s your thing, we’ve got you covered. 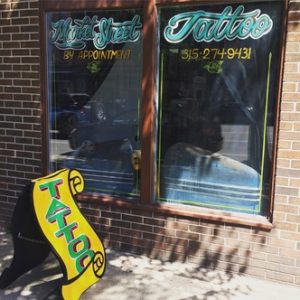 The third shop in Potsdam is Market Street Tattoo, which specializes in traditional tattoos. It’s by appointment only, so if you’re more of a spur-of-the-moment tattoo-getter, one of the other shops may be better for you, but Market Street Tattoo does have 5 stars on Facebook — and some really amazing tattoos!

MOVIES
56 Auto Drive-in Theater
Less than 20 miles from campus sits a timeless classic — a drive-in theater! Fewer of these drive-ins seem to reopen each summer, but 56 Auto Drive-In in Massena, New York, is still going strong! Grab some lawn chairs and blankets, pack your friends into the car and sit underneath the stars while you watch not just one movie, but two! This is a great spot for an early fall adventure, and it’s super affordable too! 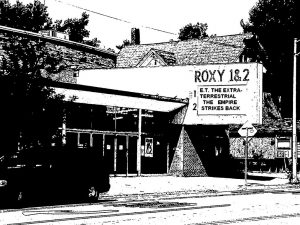 Both Potsdam and Canton have great local movie theaters! The Roxy Theater in Potsdam and the American Theatre in Canton have the same operator and feature some of the same movies, as well as a variety of different films. The Roxy also houses Cinema 10, a non-profit, volunteer group that presents alternative film programming. The group works to bring the best in American independent and foreign films to the North Country. 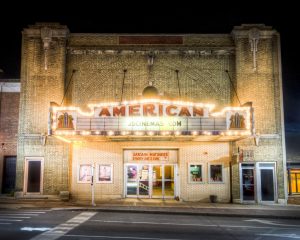 Another great option for theater is The Met: Live in HD, co-sponsored by SUNY Potsdam’s Crane School of Music. The Met’s award-winning series of live opera performances are transmitted from the Metropolitan Opera stage in New York City to the screen in Potsdam — perfect for any theater lover!

The American Theatre in Canton is known for its classic marquee which displays current show times, as well as messages, to Route 11 travellers.

BOOKS
The BirchBark Bookshop may be a little off the beaten path, but it is definitely worth the adventure if you’re a bookworm like me! There is a wide variety of vintage books to choose from, but the shop is only open on Saturdays and Sundays, so make sure it’s open before you make the 13 minute drive! The bookstore has a cozy cabin theme and plenty of birch trees, as you might guess from its name! This June there will be a sale on travel and childrens’ books in honor of summer break. Follow the BirchBark Bookshop on Facebook to keep informed of upcoming sales!

Whether you’re a regular in comic shops, video game cafes or tattoo parlors, or you’re looking to expand your hobbies and horizons, Potsdam has plenty of opportunities for you. And Clarkson has so many clubs to choose from that there is sure to be at least one that matches your interests! From the anime club (members go to Comic-Con for cheap!) and the board game club to club hockey or rugby and the Golden Knotes a capella singing group, students at Clarkson are interested in more than just hiking and engineering!