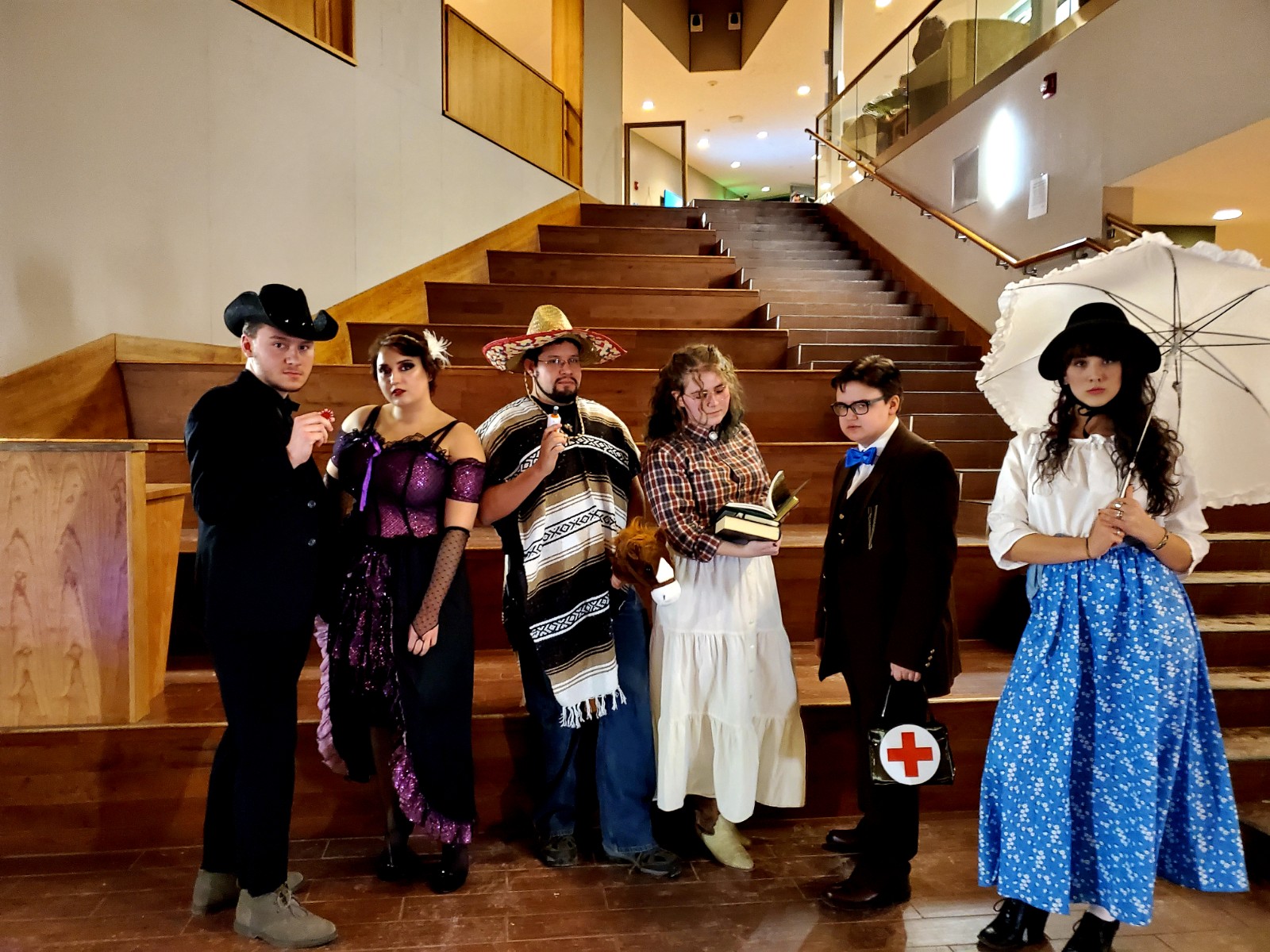 When you think of clubs on an engineering university most people wouldn’t think of theatre as being an option. Fortunately, on our campus we have the Clarkson Theatre Company (CTC). This week I sat down with my fellow members of the CTC Executive Board (e-board) to talk about the club.

I am the Administrative Vice President, meaning I take care of all of the paperwork and our constitution. Also on the podcast are our Historian, Alex Taskovski, our Secretary, Alexia Lamb, and our Vice President of Technical Direction, Toby Martin.

For a bit of background on CTC, we are a Clarkson-based community theatre. This means we are open to anyone in the area. Whether you go to one of the four area colleges, are a faculty/staff member, or just someone local, you are more than welcome to come out and join our productions.

“The Clarkson Theatre Company usually produces a musical in the fall and a play in the spring,” says Taskovski. “This past academic year we produced Carrie: The Musical in the fall, and this semester we were going to perform 2 AM, an original play. Sadly, due to current circumstances, we are no longer going to be able to do it. Some shows we have produced in the past include, Be More Chill, The Addams Family, and Godspell for musicals. And for plays we have done The Breakfast Club, the Laramie Project, and Peter/Wendy.”

When asked if the difficulties of being an arts club on an engineering campus each person had a different response.

Taskovski said, “The hardest part about being an arts club at an engineering school is there is never enough people involved that you need involved.” She goes on to talk about her wish to have more musical involvement on campus to make more people aware that we exist as a club.

Lamb said, “The coursework is challenging, it keeps you very busy and that can make you lose sight sometimes of the passions that you have outside of coursework.” She goes on to talk about how theatre can be an escape from the real world for a lot of people. It is a space where you can come be another person, and forget about your stress for a while.

Martin said, “the hardest part about being part of an arts club I think is unfortunately the stigma that goes towards that.” He goes on to talk about how people differ in terms of being creatively minded and sometime you run into people who oppose what you think. But, the great thing is that the people you are surrounded by in theatre think the way you think so they become your solace.

Joining Clarkson Theatre Company was a great way for me to continue my passion for theatre from high school. I originally came to Clarkson for Engineering and had no idea that CTC existed. It wasn’t until my sophomore year that I found this club and immediately wanted to become a part of it. If you are considering Clarkson, and have a passion for theatre, CTC is a great place for you. I have met some of my closest friends from this company, and I don’t know what I would have done if I didn’t find them.